Posted on October 9, 2009 by Bogart | Leave a comment
One of Three is going to be making a tit of herself tonight, playing the part of a housekeeper in a murder mystery. We’re having cake to celebrate! 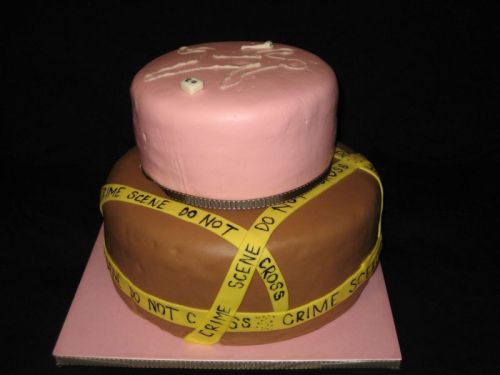 When this theme was dreamed up, we were pretty sure there was going to be no chance of finding enough pics, or even any. Gotta love google, though! Turns out lots of people make cakes for murder mystery nights: 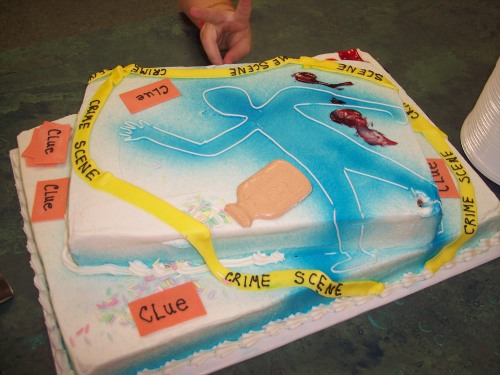 And you can go as cute as you want! Somone even made cupcakes. Delish! 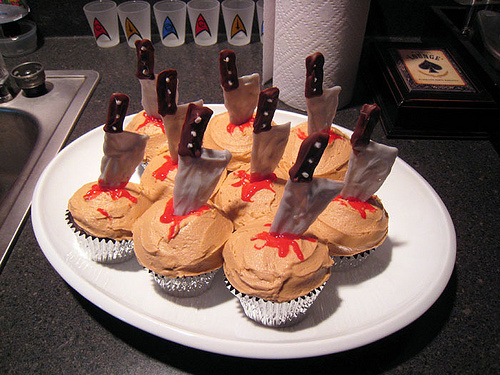 And some people have even brough the whole murder theme into their marriage. A warning, perhaps… 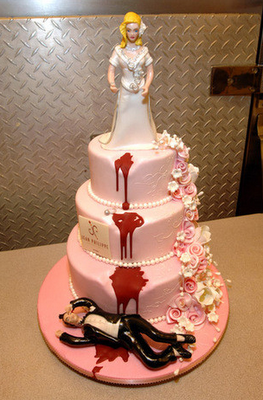 Sometimes, a Prenup just won't do...

Ahhhh. If I survive the night without being involuntarily shuffled off this mortal coil, then there will be another tasteful cake of the week next Friday. Here’s hoping!